How fast is 72.9 feet per second in meters per second? 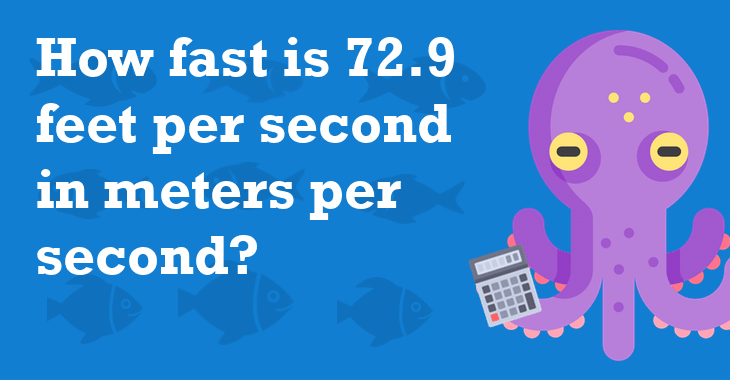 An alternative is also that one meter per second is approximately zero point zero four five times seventy-two point nine feet per second.

How fast is 72.9 feet per second in other velocity units?