How fast is 196 kilometers per hour in knots? 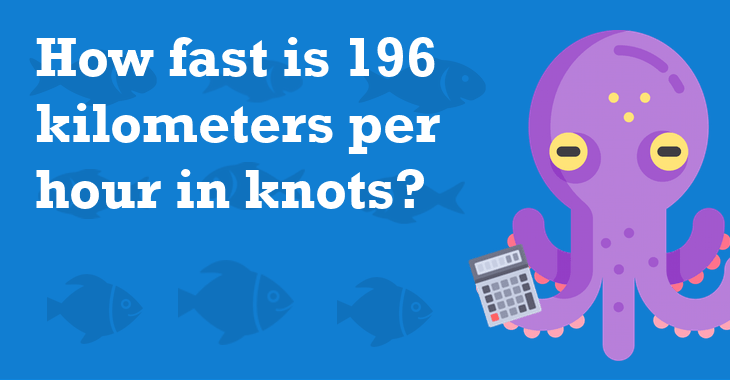 For practical purposes we can round our final result to an approximate numerical value. We can say that one hundred ninety-six kilometers per hour is approximately one hundred five point eight three two knots:

An alternative is also that one knot is approximately zero point zero zero nine times one hundred ninety-six kilometers per hour.

How fast is 196 kilometers per hour in other velocity units?